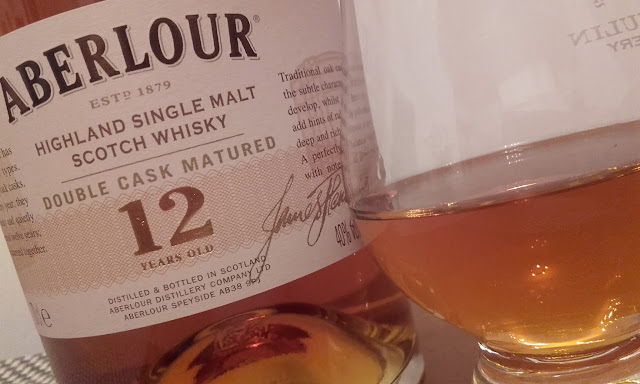 While my procurement matrix suggested I should be getting a Highland malt of 18 years or older, my first thought was that I’d be looking at spending 80 pounds plus, and only a small selection would be within reach before the prices passed out of my grasp.
In the end I didn’t have to agonise over it for long as I was in Sainsburys, on the cusp of pay day, and they had an Aberlour 12 Double Cask for £25 – that’s a healthy £10 off. I immediately thought, “well that’s an easy choice; decent discount, under budget, means I can splash out a bit more some time in the future”. So that’s what I thought I’d do. There’s nothing wrong with taking these offers from time to time.
Now, it looks like this Speysider replaces the Aberlour 10 that I’ve tried in the past (and was going to link to, though it seems I haven't written about that in anything other than passing...) and, in comparison to that, this one is obviously 2 years older, and billed as double cask matured – aged in traditional oak and sherry casks. I wouldn’t be surprised if this means it was matured in oak casks for 10 years, then sherry casks for 2, though the website implies that spirit is matured in both casks and then blended – which is probably better. I see there’s also a 12 year old that is aged only in Oloroso sherry casks, but that one is only available on the international travel market. It seems likely that there’s some of that in this.
From elsewhere on the internet – write ups, reviews and such – I’m led to expect Christmas cake flavours. That puts me off a bit really, but it doesn’t mean I can’t enjoy it– it’s weird how I like whisky but I’m not keen on so many of the constituent flavours that are supposed to be in there . Perhaps I’ll enjoy this over Christmas in order to eke all the benefit out of that that I can. It certainly isn’t a product that’s short of reviews, and they all tend to agree that it’s great and great value. I hardly think it’s worth adding my voice to the clamour that’s already there, but maybe I’ll just have something different to say.
Time passes
Well, I did open it over Christmas, and at first I was mightily disappointed. It wasn’t as sweet as I was expecting, but it was quite buttery with what I would term a standard scotch nose. Luckily, a few days later, which I’d been waiting out because my sinuses had suddenly clogged and kept me away from spirits for a while, I was surprised to find the Aberlour had already opened up. There was far more complexity and class. It was a joy to hold it on the tongue, and it started to remind me of the Arran expressions I’ve written about previously. The good news here of course, is that at £25, this is significantly cheaper than those. It’s not as strong, but even at normal price you’re saving a few pounds over the Arran.
Overall, the Aberlour 12 is preferable to the 10, but not up to snuff with the A’bunadh, but they are all good value for what they are. In terms of 12 year olds in general though, I’m saying it’s not as good as:
Suntory Hakushu 12, Bladnoch 12 (sheep label), Bunnahabhain 12, Highland Park 12 or Caol Ila 12.
But it’s better than:
Balvenie 12 Double Wood, Strathisla 12, Glenfiddich 12 and Glenlivet 12.
Of those I mention above, the Aberlour is closer in style to the ones it’s better than, than it is to the others. That clearly reflects on my personal taste preference, but also shows that this is a good example of its style for its age – and especially for its price. 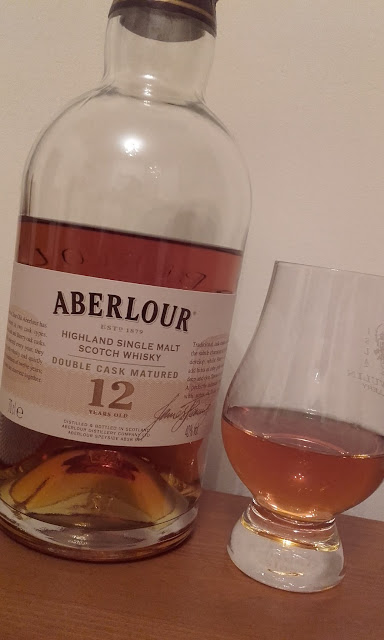