Drinks with convicted killers, part 2: Scotch on the rocks with a twist

Hey! Welcome to the second edition of Drinks with convicted killers. It’s a bit of a tenuous link this time, since the killer in question is fictional; it’s Vivian Dimitri from the Columbo episode, “Rest in Peace, Mrs Columbo” (1990). In addition to that, I can't be absolutely sure that she was convicted.

I’m a big fan of Columbo, so it’s nice to be able to feature it on my blog. The episode in question concerns a triple murder plot. First, our villain kills a colleague whom she holds responsible for ensuring her embezzling, murdering husband was locked away some years previously (by Columbo) then, while Columbo is investigating this murder, she plots to kill the elusive Mrs Columbo, because she wants the sneaky detective to understand the pain and loss she feels.  Assuming that all goes according to plan, she intends to finally kill Columbo himself. 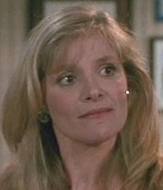 Good luck with that! Our villain makes two basic errors in her assumption before making one really stupid error. First, she assumes she’s going to be able to get away with murder, and second that Columbo – a detective she’s already familiar with – isn’t going to be able to solve it, or even remember her from 8 years previously. Then, she assumes Columbo would accept a jar of homemade lemon curd from a murder suspect and give it to his wife – even after he has revealed that he knows who she is! Crazy! All he has to do is test it at the lab, and even if he can’t get her for the first murder, he’s got her for attempted murder.

Obviously Columbo isn’t the most tightly plotted show out there, and nine times out of ten his conclusive evidence isn’t going to stand up in court, but this time its flimsy logic may have been stretched just a little too far. 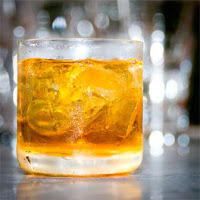 Well, after the first murder, but before the body has been discovered, the villain meets Lovejoy’s Ian McShane for dinner, and orders a ‘scotch on the rocks, with a twist’. My ears pricked up immediately on hearing this; interesting idea. I know I’m no whisky expert or anything, but scotch is supposed to be something you enjoy on its own (perhaps with a little water). I used to drink it with ice, back when I started, but it’s true: ice mutes all the various flavours and aromas. Drinking scotch with ice now is like drinking a mild scotch-flavoured ice water.

But… with a twist… interesting. It just so happened that I was watching this particular episode at a time when I’d got two cheap bottles of blended scotch on the go (Grant’s and The Black Grouse) - at least one of which I needed to polish off before I could justify opening a third (Dewar’s 12 Year Old) – and I’ve not been enjoying the Black Grouse. I certainly wasn’t averse to sticking a bit of lemon juice in there.

Well, that’s that for this week. Writing for the blog has had to take a bit of a backseat recently, as I’ve been working on applying for a secondment. The amount of work it’s took has been mighty disproportionate, considering it’s only for 6 months, but it’ll be worth it if I get it – temporary pay rise, experience, change of scenery and… the chance to suit up on a daily basis. I don’t want to come over all Barney from How I Met Your Mother, but I’ve become a bit of  a suit fan since getting one made to measure for my wedding. If you would normally score yourself a 6 out of 10 let’s say, a good suit will nudge you up to a 36 out of 10. That’s you to the power of you. Sure, I could wear a suit every day in my current job, but I’d feel over-dressed.

Anyway, this weekend the little lady and I are entertaining the group of friends from work that I drink with from time to time. It’ll be all homemade curry and lots of booze, so it should be fun. I’m not looking forward to the washing up, but I am looking forward to the inevitable booze and food shopping. I’ll be needing cheap tequila for the margaritas, wine and enough cans of beer and cider for everyone, so let’s hope there’s some offers on at Tesco.

Whatever you’re up to; have a good ‘un and I’ll see you next week. Hopefully I’ll’ve had chance to work on some more stuff by then.
Posted by Neil Cake at 05:14

Email ThisBlogThis!Share to TwitterShare to FacebookShare to Pinterest
Labels: Columbo, Dewar's, drinks with convicted killers, Grant's, How I Met Your Mother, The Black Grouse